Securing the best possible outcome for our clients is always our top priority. In order to determine what their best possible outcomes may be, our team of personal injury experts at the Lake of the Ozarks must carefully evaluate all of the associated factors and extenuating circumstances surrounding each individual case. For various reasons, some individuals may suffer greater long-term consequences than others. McDuffey Law Firm aims to uncover all of the potential consequences of each client's injury to fight for the settlements they deserve.

Recently, we had the pleasure of representing a young local man who was badly injured in an accident with a school bus. McDuffey Law Firm is truly humbled to have had the opportunity to make a difference in this young man's life. Read the following article from the November 2015 issue of Missouri Lawyers Weekly to learn more about his unique situation:

A young man who was badly injured when his vehicle was struck by a school bus will receive a $2 million settlement from the school's insurance.

"The guy stopped at the stop sign and crossed two lanes of travel -- east-bound lanes of the divided highway there," plaintiff's attorney Tim McDuffey said of the bus operator. "He just kind of guns it through the intersection trying to go straight across the highway." 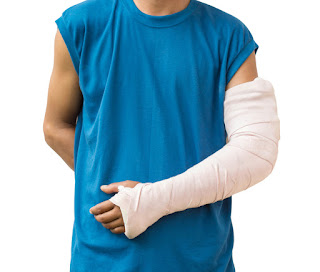 Motorist Adam Richard was traveling west on U.S. Highway 54 in Miller County when the larger vehicle allegedly struck him from the driver's side. He filed suit against bus driver Mark Elliot and the School of the Osage over the February 2012 accident.

The bus driver said he didn't see the plaintiff, according to McDuffey.

Richard, a high school senior at the time of the crash, was flown from the scene to the University of Missouri for multiple injuries, including concussion and brain injury.

"His left arm was fractured. Probably his most significant injury was that he had a tibial plateau fracture of his left leg," said McDuffey. "He was basically pinned in his car. When the bus hit him on the left side, basically everything was fractured."

McDuffey said his client underwent multiple surgeries on his left arm and knee.

"The case came down to damages. There wasn't really any fight on liability," he said. "The difficult part of the case was to try and figure out what kind of future consequences there were going to be from a medical standpoint."

The other complexity of the case involved lost wages, he said. The defense contended that Richard was capable of attending college and could make an adequate living, he said. However, McDuffey said his client didn't wish to pursue college and wanted to be a construction worker, a field that would require manual labor. That meant future difficulties from his injuries would ultimately involve a diminished ability to work.

"It is not your typical case where you have somebody with clear wages where you can say here's what they earned in the past and here's how that's going to be affected in the future," he said. "Adam had no earnings. He hadn't ever begun his career."

Defense experts confirmed the need for an eventual knee replacement, though there was a debate over the cost, McDuffey said.

"I think that what turned the case is when even their experts, after they got a chance to look at all the facts, saw that this was a significant injury and it was going to impact him over a lifetime," McDuffey said.

McDuffey listed Scott Kehlenbrink of Childress Ahlheim Cary as representing the defense. He did not return a request for comment.